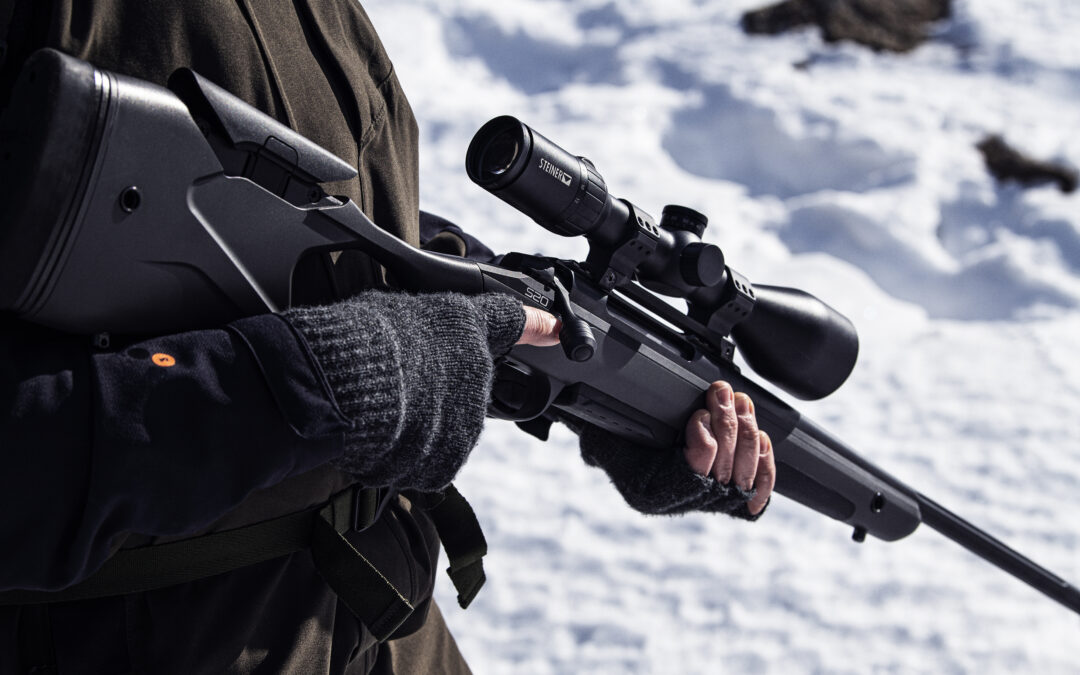 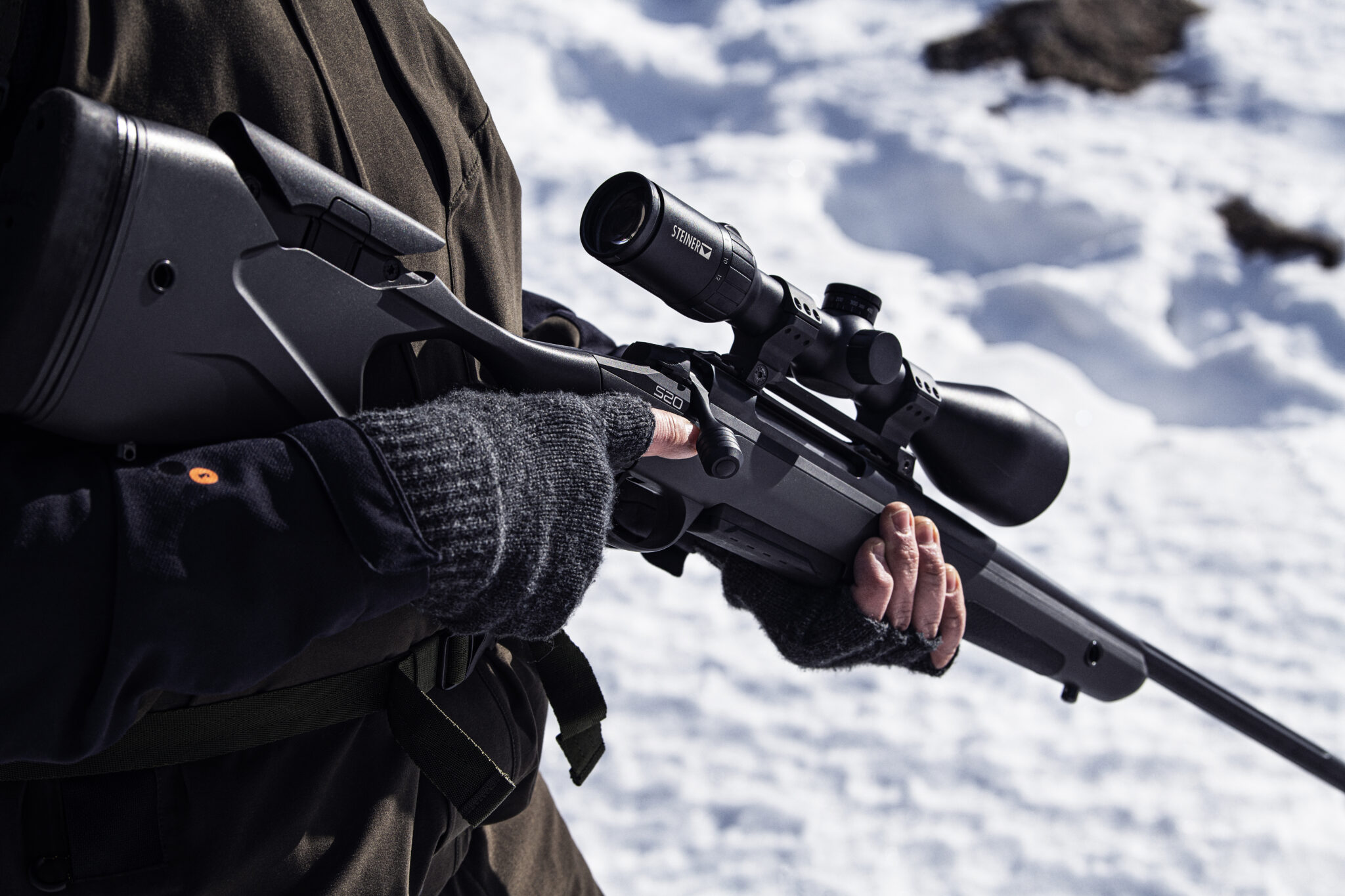 With my Firearms Certificate approved, my next step was to buy a rifle of my own. There are hundreds of the things – the choice can be bewildering. The natural tendency is to Google away in search of the perfect option. The wisdom of the internet, and that of Peter Jones, chairman and lead instructor at The Capreolus Club, the hunting club which I joined at the start of this process, yielded the following tips, which proved invaluable when making my choice:

Assuming that you have been given slots for more than one calibre, you need to decide what to start off with. The smallest readily-available deer-legal calibre in the U.K is .243 Winchester. Some would consider it too small for larger species, like Red and Sika, and accordingly it might seem sensible to fill the larger-calibre slot first – a .308 Winchester, for example, would be suitable for all six U.K species. But there is a good reason for getting the .243 first – It’s all to do with the conditions of your certificate. More experienced stalkers may be granted an ‘open certificate’, which allows them greater leeway in judging whether a calibre is safe to shoot on a given piece of land (on which they’ve been granted permission to shoot). But most new applicants, like me, will be restricted to a ‘closed certificate’ – shooting on ‘land deemed suitable by the chief of police…’ This means that the land on which you have permission to shoot must have been assessed and deemed suitable, by the police, for the calibre you’re shooting. As more land is deemed suitable for .243 than for larger calibres, closed certificate holders are wise to own a .243, whether they also own a larger calibre or not.

The natural assumption is that in a hunting rifle setup, the majority of the budget should go towards the rifle, with less spent on the optic. In reality, it’s the other way around. A good rifle scope makes an enormous difference to the efficacy of the setup. A good rifle scope relies on good ‘glass’ – the quality of the lenses is critical. And as any photographer will tell you, good glass costs – spend as much as you possibly can on the optic. You can’t get around this. The stuff is expensive to make. The rifle, on the other hand, can deliver the goods at a lower price point:

Almost all modern bolt-action rifles are exceptionally accurate, and capable of shooting a tight group at the ranges we’re concerned with for deer stalking: We need to be able to place our shots within a four inch circle, out to a range of 2-300 yards. This sort of capability is readily available for less than £1000, in products like the Tikka T3x.

As you increase your spend, you add some nice features, elegance, better looks and feel, greater resale value and brand recognition, but not necessarily better accuracy or reliability. The synthetic stock on a Tikka rifle can feel rather plastic and hollow – almost toy-like. It’s not going to break, but it can feel a little cheap when compared to the more expensive equivalent from parent company, Sako. Both rifles are going to be capable of doing the job, but the Sako is going to have a little more refinement, a little more class in the build-quality.

The design and cost of rifle scope mounts can vary between rifles. Some rifles come with Picatinny rails built in, or available as an option, allowing you to use any compatible mount and rings for your optic. Others require a specific mount, available only from the rifle manufacturer, often at a premium. An expensive rifle might suddenly get five hundred quid more expensive when you factor in the cost of the mount and rings.

It may be that we want a particular feature that we have to pay a little more for. For example, some rifles have what’s called a straight pull action: Normally, in order to eject an empty cartridge casing, cock the action, and chamber another round between shots, we have to make four movements of the bolt handle: Lifting up, pulling back, pushing forward and finally rotating down. These four, discrete movements can be difficult to perform quickly, and the tendency of the rifle to rotate as we lift the bolt, makes it very difficult to maintain our sight picture – our view of the target through the optic. A straight pull rifle uses clever engineering to allow us to simply pull the bolt handle straight back, without lifting it. Most designs require it to be pushed forwards again, but on some rifles it can simply be released from the rear position. The Merkel Helix rifle employs a system whereby the handle moves only half the distance that the actual bolt moves. This makes it very quick and easy to chamber another round, while maintaining sight picture. When is this useful? It’s a feature that makes a big difference when shooting moving targets, like driven boar. If you’re planning to do that sort of hunting, a straight pull design might be a good investment. For deer it will make little difference, as generally speaking the aim is to take a single well-prepared shot at a stationary animal.

When I chose my rifle, I wanted a thumbhole stock. I have really small hands, and the more vertical right hand position that this design offers, allows me to get better access to the trigger with the pad of my index finger. It’s an ergonomic issue.

It might be that you need to spend money to save money: I’ve reached a point in my life where I know myself pretty well. What I’ve learned is that while I don’t need to have the very best or the most expensive option, when I buy the cheapest product, it’s never long before I start looking for an upgrade. In selling on that ‘starter’ product, there’s inevitably a financial loss. When choosing my rifle, I kept in mind that I’d lose a few hundred quid if I bought something that I ultimately wanted to get rid of before the end of its useful life. I decided to choose something from the mid range price bracket, balancing a slightly more aspirational product, against cost.

We do not need a ‘tactical’ sniper rifle, capable of accuracy over very long distances. These things tend to be ultimately adjustable in a way that we don’t need, covered in various attachment points and rails – which we don’t need, and equipped with longer, heavier barrels – which we don’t need. The end result of all that is that they’re more expensive, but with no benefit that really applies to us, and significantly heavier than a hunting rifle. It’s worth remembering that as deer stalkers, we’re going to be carrying the thing for hours, and using it for seconds. It’s far more important that it’s light and easily maneuverable, than that it might, in theory be more accurate at eight hundred yards.

The moderator is going to represent a relatively small percentage of the overall cost of the setup. Even the most expensive options are only going to add a hundred, or a couple of hundred quid to the total, when compared to the cost of a cheaper moderator. In choosing, we’re going to be more concerned with size and weight. As a general rule, the bigger the moderator, the more sound reduction it’s going to provide. As mentioned in previous articles in this series, the moderator isn’t going to turn a thunderous bang into a subtle ‘cough’ like it does in the movies. The only way to achieve that is to use subsonic ammunition. 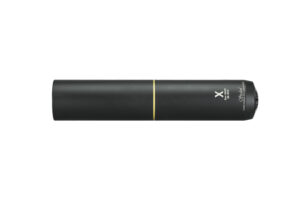 This is because while we can dampen the sound of the cartridge detonating, we can’t affect the crack that we hear as the bullet then breaks the sound barrier. So, there’s not a lot to be gained by going for some vast moderator that offers an extra 3 dB of reduction, but at the cost of a far longer and heavier barrel. In fact, with a light rifle, the extra weight of the moderator can offer stability, and so even greater accuracy, but what we don’t want is a rifle that’s very unbalanced, with the barrel much heavier than the stock. It becomes a toss-up between performance, size and materials – thus weight, vs the design of the rifle. In all honesty the best thing to do, unless you have a clear opinion of your own, is to simply ask the staff at the gunsmith what they’d opt for on your rifle.

Don’t forget that you also need to budget for a gunslip – don’t wander about in the street with the rifle visible, a sling – we keep the weapon slung at all times unless we’re in a high seat, or unless we’re aiming it at a deer, and some ammunition. Initially we’re going to need to zero the rifle, which will involve firing a number of rounds at a target over a measured distance, but once we start stalking, we’re not going to be burning through the stuff. On a given stalk we may only fire a single round, perhaps two, and often none. A 20 round box is going to last us some time.

So what did I choose? 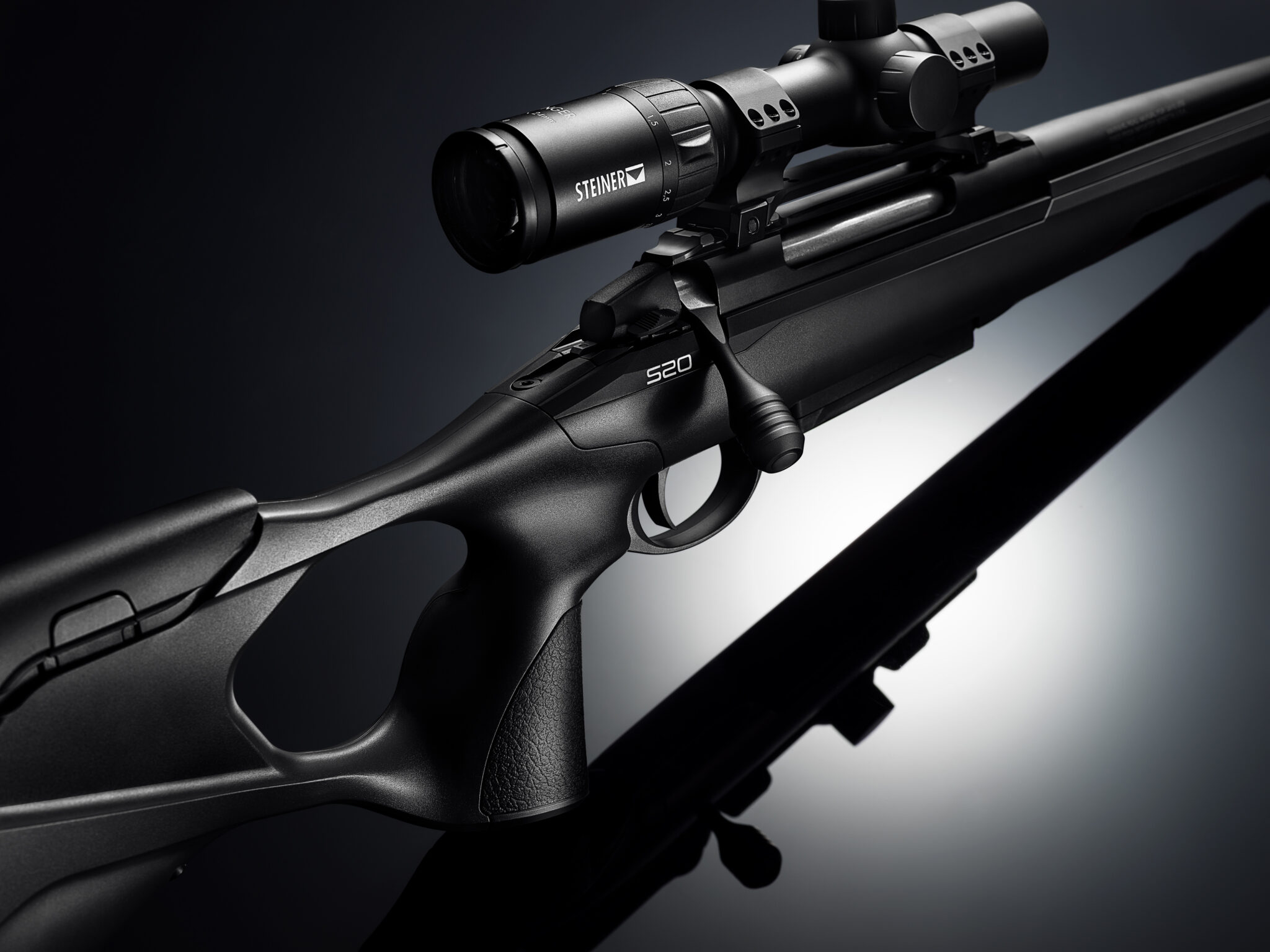 I chose a Sako S20 Hunter, in 0.243 Winchester – a simple, compact modern hunting rifle, with a synthetic thumbhole stock. It’s available in a wide variety of calibres. It’s well-made, accurate and robust. It offers everything I need, and nothing I don’t. I chose a Swarovski Z6i 2-12×50 BT optic. It’s a very high quality scope that cost more than the rifle. I bought Sako mounts and rings. I chose a Stalon X108 moderator. The shop threw in a cleaning kit. I bought a Niggeloh neoprene sling and a cheap gunslip from Amazon.

Now, obviously you can’t just have this stuff dropped at your door by DHL. Here’s how it works: You have to collect the controlled items – the rifle, sound moderator and ammunition – in person, from a registered firearms dealer, or if buying used in a private sale, from another certificate holder. You turn up at the shop with your certificate, pay for your equipment, and they then complete the relevant section of your certificate, detailing what they’ve sold you, ensuring that it now officially belongs to you, and not to them. You scan the certificate, and email that scan to your local police, who amend their records accordingly.

What if you can’t get what you want locally? If you’re sure you know what you’re after, you can buy it from any firearms dealer in the country, and ask them to ship it to your local dealer. They will then charge you a fee to take delivery of the item, hand it over to you, and complete the relevant sections of your certificate. It’s all fairly straightforward, but it seems convoluted in this world where expect to be able to buy stuff online from our phone, at 2am, and have it turn up on our doorstep the next day.

TIP: Guntrader is a great way to find out what’s available, where and for how much. Dealers all over the country advertise their stock in the listings on the site, which allowed me to see who had stock of the rifle, in my chosen calibre, everywhere in the country.