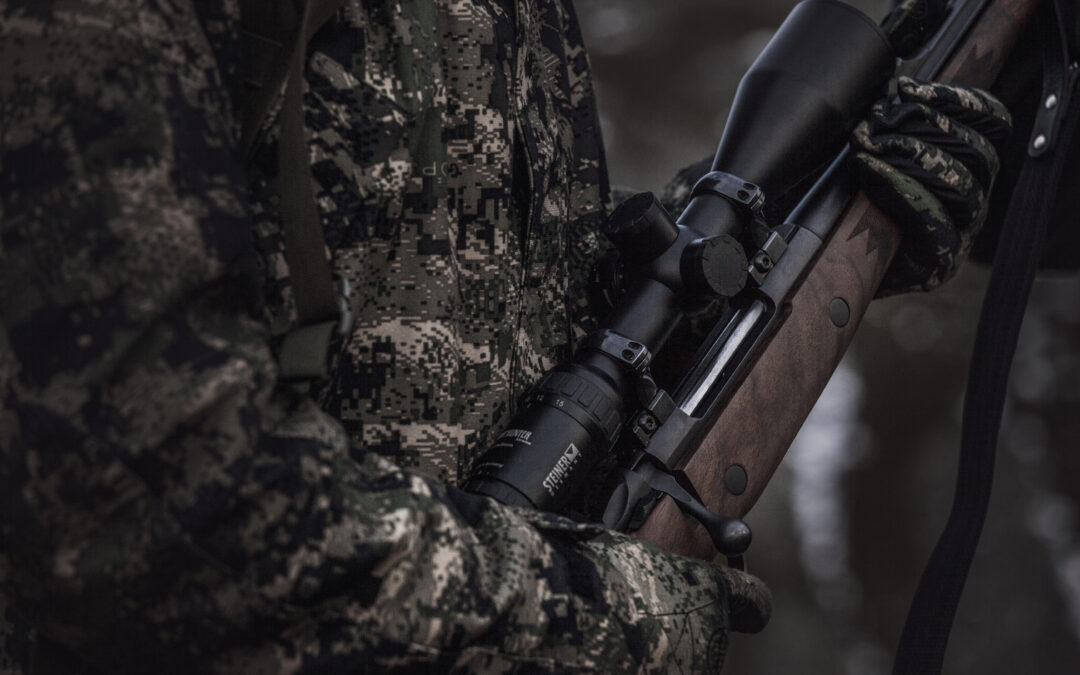 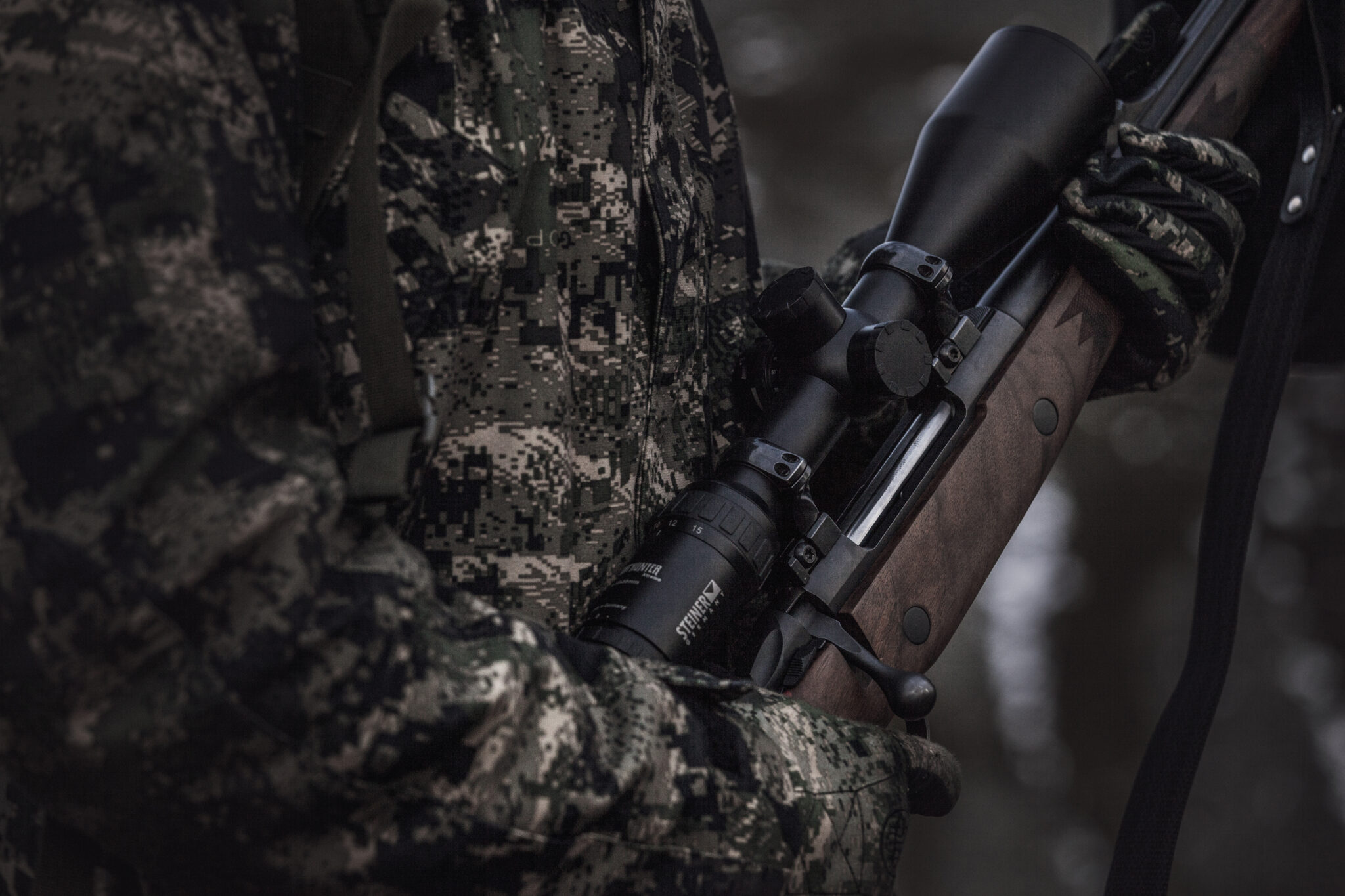 Police services around the country have specific teams of officers, whose job it is to assess Firearms Certificate applications. They must be satisfied that applicants have good reason to own a firearm, that they have only the best intentions for its use, that they’re responsible, and will take all reasonable steps to ensure its security, that they have enough experience to use it safely and that don’t suffer from any medical conditions that, through no fault of their own, could make them a danger to themselves or others while using a gun. In order to tick these boxes, we need to satisfy certain criteria, each of which contributes to building our case as a suitable applicant. And unlike an application for a Shotgun Certificate, build a case we must – the onus is on us, the applicant, to demonstrate our suitability for approval. Let’s take a look at these criteria, in no particular order:

You’re going to struggle if you have a serious criminal record, or a recent criminal record that indicates that you’re reckless or irresponsible. That said, having some sort of criminal record does not necessarily preclude you from owning a firearm. It’s a question of what, and when. It’ll be up to your local firearms team to make a decision, based on your application as a whole. It’s probably fair to say that if you’ve got previous convictions for firearms offences, you’re unlikely to be approved. The main thing is to be open and honest. If there’s one thing that demonstrates a lack of suitability, it’s lying on the form. Furthermore, it’s a criminal offence to do so, and you can be prosecuted. If you do have a criminal history, and are concerned about applying, it might be worth ringing your local firearms team and having a chat with them about your chances. You can also contact The British Association For Shooting And Conservation, BASC for advice.

The same principle applies on the medical front. You are now required to obtain a letter from your G.P, detailing any history of medical problems that could affect your safety with a firearm. There’s a list, but the main ones are mental health problems, like depression or anxiety, and disorders that might affect your physical functioning while in control of a weapon – like epilepsy, Parkinson’s Disease, alcohol or drug addictions. Again, it’s understood that many people have had issues with periods of depression, or other temporary mental health issues. Provided you’re currently in good health, and have been for a significant period of time, historic problems aren’t necessarily going to count against you. 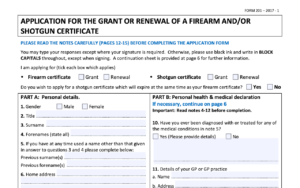 We need ‘good reason’ for our ownership of a rifle. Wanting to hunt deer is a good reason, but we have to demonstrate that we’re serious – we have to flesh this out a bit, otherwise anyone could just say ‘I want to hunt deer’ and be granted a certificate for a high-velocity rifle. The main way in which we are required to do this is to provide evidence that we have permission to shoot on a given area of land. Demonstrating that we actually have a genuine opportunity to hunt, supports our statement that we require the rifle for that purpose…

In the U.K, there is no public land on which you can hunt, so this permission will come from a private landowner. Unless your uncle is the Duke Of Sutherland, obtaining permission could be difficult. You need to find someone who owns a suitable, local area of land, isn’t already inundated with similar requests, and trusts you enough to let you wander around their property with a gun. While you might get lucky, or have some personal connections you can use to your advantage, this may prove a stumbling block.

The best way around it is to join a deer stalking club, like The Capreolus Club. This helps in a number of ways: It provides us with land on which, as a club member, we have permission to shoot. It shows that we’re prepared to invest money in order to do this properly. And it provides mentorship:

The police, and indeed the landowners, need to satisfy themselves that the people creeping about the woods with guns are going to do so safely. The completion of the nationally-recognised DSC1 course, or County Deer Stalking’s PDS1 course, shows that the applicant has taken the first steps in their stalking education, and has an understanding of firearm safety. But it doesn’t guarantee any level of practical experience in assessing the safety of any given shot. The police will want to know that inexperienced applicants are going to have some guidance at first. For this reason, new certificates tend to be ‘closed’, restricting the holder to shoot only with a representative of their club, for example.

Capreolus Club Chairman, Peter Jones, wrote a letter in support of my application, outlining my membership, successful completion of the one-day PDS1 Course, and the details of the club’s ‘land approval’. This letter was pivotal in my being able to show good reason, and to demonstrate that I’d be shooting safely.

Firearms need to be kept securely locked away, with the ammunition in a separate, lockable box, or compartment. The best all-in-one solution is to buy an approved gun cabinet, with a lockable ammunition compartment, but that’s not a legal requirement. You have to take ‘all reasonable steps’ to keep your guns secure, and in certain circumstances, officers may be willing to consider alternatives. But if it’s reasonable for you to install such a cabinet, that’s what they’ll expect you to do.

Wait until you’re given an interview date before purchasing and installing a cabinet – that way you know that your application has the potential to be approved before you spend that money. The cabinet needs to be bolted flush to a load-bearing wall, at four points, out of casual view. It shouldn’t be somewhere that’s so difficult to access that you’re likely to delay putting your gun(s) away after use. It’s important that you are the only one who knows where the keys are kept. If officers discover that your spouse also knows where the keys are, they’ll have every right to revoke your certificate.

You will need to provide two character references. It’s much like getting someone to countersign your passport application – they need to be ‘of good standing’ and to have known you for more than two years.

So, what are we applying for?

On a Firearms Certificate application, you’re applying for a specific type of firearm, in a specific calibre, for a stated purpose. For deer stalking, this is going to be a bolt-action rifle, in a calibre of not less than .240. You are not legally allowed to shoot a deer with anything smaller, because it’s deemed insufficient to humanely kill the animal. Practically speaking that means a .243 Winchester.

N.B While we’re on the subject, we are not allowed to bow-hunt here in the U.K. If you’ve been listening to Rogan, and are desperate to creep about barefoot in the undergrowth with a compound bow, forget it.

We might also want to apply for an additional calibre bigger than .243 Winchester, like perhaps .308 Winchester. This will be more suitable if we want to stalk larger species of deer, like Reds or Sika. Equally, if you’re also intended to hunt small game, like rabbits, there’s nothing to stop you applying for a smaller calibre. This can all be done on the same application.

Provided an application passes the ‘paper sift’, the police will arrange a home visit. The purpose of this is to assess the promised security arrangements – remember to get your safe installed once you have the date in the diary – and to make sure that the portrayal of the person on the application form matches up to the person sitting in front of them. They’re likely to go through a few details, to dig a little deeper in certain areas, just to make sure that there’s some substance behind the application. Provided it is all genuine, there’s absolutely nothing to worry about. It’s a friendly chat, but one that’s going to tease out any potential bullshit.

There’s obviously quite a lot to absorb here – the application process was another scenario in which my club membership was extremely helpful. I had advice at all stages of the process, and club chairman, Peter Jones, is a former Metropolitan Police Officer, with a firm grasp of both the legal requirements, and the workings of the police services that are responsible for assessing these applications.

Firearms in the U.K

Following a number of horrific shootings, most notably the atrocities in Hungerford (1987), and Dunblane (1996), the Firearms act has been subject to a number of amendments – a progressive tightening of the legislation, designed to make it more difficult for those with ‘bad reason’ to obtain weapons. Those amendments include more stringent background and medical checks for applicants, and the banning of the private ownership of handguns, semi-automatic rifles, and high capacity shotguns (holding more than three cartridges at one time). 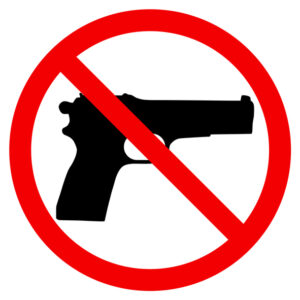 A semi-automatic, or self-loading rifle is one which fires a single round with each successive press of the trigger. As a round is fired, the bolt moves backwards, ejecting the empty cartridge casing, before moving forwards again, chambering the next round. This happens almost instantaneously – a shooter can keep firing as quickly as they can pull the trigger. This sort of rifle may have a capacity of thirty rounds in a single magazine – it’s a sharp contrast to your typical hunting rifle, where the bolt must be manually operated before each round can be fired, and the capacity of the magazine may only be three to five rounds of ammunition.

While I generally dislike the erosion of personal freedoms, I do feel safer in my bed as a result of these tighter restrictions. There is no doubt that Michael Ryan and Thomas Hamilton, the Hungerford and Dunblane shooters, would have been far less effective killers without the high rate of sustained fire that their semi-automatic weapons offered. As there’s no justifiable reason for anyone to need that sort of functionality outside a military or law-enforcement context, there’s no need to make them available to members of the public.

Here in the U.K we do not consider home defence to be a legitimate reason for firearm ownership, nor do we acknowledge any right to bear arms. Therefore, while the sport of target shooting on a range is a legitimate reason for the ownership of suitable firearms, the practise of combat shooting on a range is not. You can not argue that you need high-capacity, semi-automatic weapons because you want to perfect your combat shooting.

The Firearms Certificate Application Form 201 is found here, but there is an online version available here. You can also contact BASC for further advice. There is a wealth of information on all matters related to deer stalking at County Deer Stalking’s website.